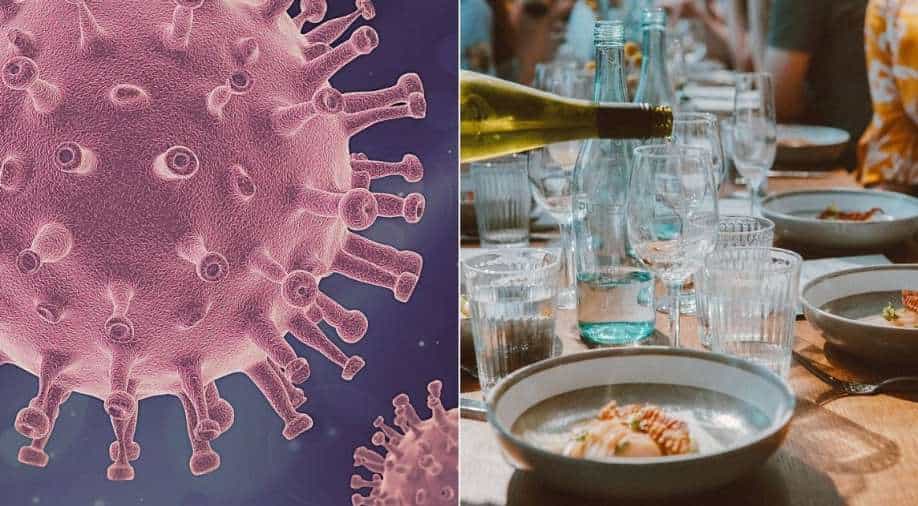 While countries around the world are vouching for vaccinations against coronavirus (COVID-19), a bizarre trend has to notice as some people in Italy are reportedly willing to pay money to have dinner and wine with the Covid-positive people.

On one side, the world is facing the wrath of the COVID-19 wave mostly fuelled by Delta and Omicron variants but on the other side, a rather unconventional and worrying method has been adopted by anti-vaxxers to avoid getting jabbed.

As per reports, Italian anti-vaxxers are paying £110 for the dinner and wine to avoid the vaccines. It is important to note that as per Italy’s latest vaccine mandate, anyone above 50 years of age is set to be vaccinated from February 1.

Those who are unvaccinated in the country face the risk of paying a large amount of money as fines. Also, they can lose their jobs.

As per a report by Daily Mail, a similar party was uncovered, which was hosted in Tuscany. The report mentioned that the party included a truffle dinner with Barolo wine, along with a Covid-positive person and the attendance cost is reported to be £110.

The Daily Beast reported citing Italian police that one anti-vaxxer wrote online according: “I am urgently looking for a positive and I am willing to pay.”

An infectious disease expert Pier Luigi Lopalco told Italian television that such Covid parties were against the law and he demanded arrests of those who are involved.

“This uses the same logic as playing Russian roulette. For a person who has never had COVID, who has not been vaccinated, encountering this virus can mean a mild form of the disease, but it can also it means ending up in intensive care,” he was quoted as saying in local media reports.

“The discriminating factor between these two occurrences, probably, lies in genetics. And there is nothing that can be done to know in advance,” he added.

What are pox parties?

The concept of mingling with a person with viral infection or flu has been practised. It is popularly known as pox parties, also known as flu parties.

Such parties are social activities in which people, especially children are deliberately exposed to infectious diseases such as chickenpox.

Some reports have claimed that such parties originated so that people can avoid vaccines or if vaccines are not available or maybe if a person is unable to take vaccines due to health reasons.

But are such practices are wise in the case of coronavirus which is deadly and highly infectious.