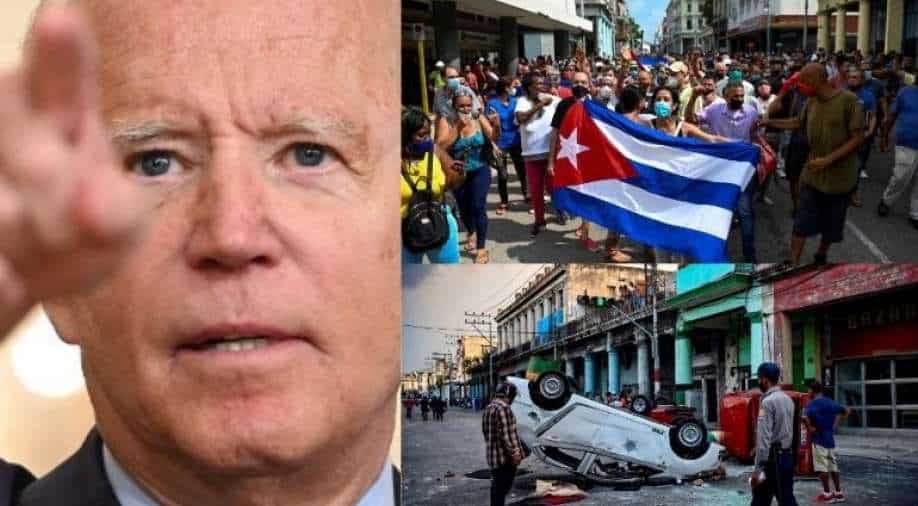 The United States imposed sanctions on Cuba’s defence minister and a special forces unit for repressing peaceful protests as President Joe Biden warned that this is “just the beginning” of punitive measures against Havana.

The US Treasury Department said its Office of Foreign Assets Control froze the assets of minister Alvaro Lopez Miera and the Special National Brigade (SNB) concerning human rights abuses committed during a crackdown on protests on the island earlier in July.

“This is just the beginning — the United States will continue to sanction individuals responsible for oppression of the Cuban people,” Biden said in a statement.

The sanctions were imposed under the Magnitsky act. This act allows a US president to take action against human rights abuses and corruption.

Biden said that his administration targeted Lopez Miera and the SNB because they were “driving the crackdown”. “As we hold the Cuban regime accountable, our support for the Cuban people is unwavering,” Biden said.

The president also condemned what he termed as the “the mass detentions and sham trials” used to imprison and silence outspoken Cubans.

Responding to this, Cuba called the sanctions “slanderous” and said that the US should focus more on repression and police brutality on its own soil.

“I reject unfounded and slanderous sanctions by the US government” against the Cubans targeted, Foreign Minister Bruno Rodriguez said on Twitter.

“Treasury will continue to enforce its Cuba-related sanctions, including those imposed today, to support the people of Cuba in their quest for democracy and relief from the Cuban regime,” Treasury Secretary Janet Yellen said.