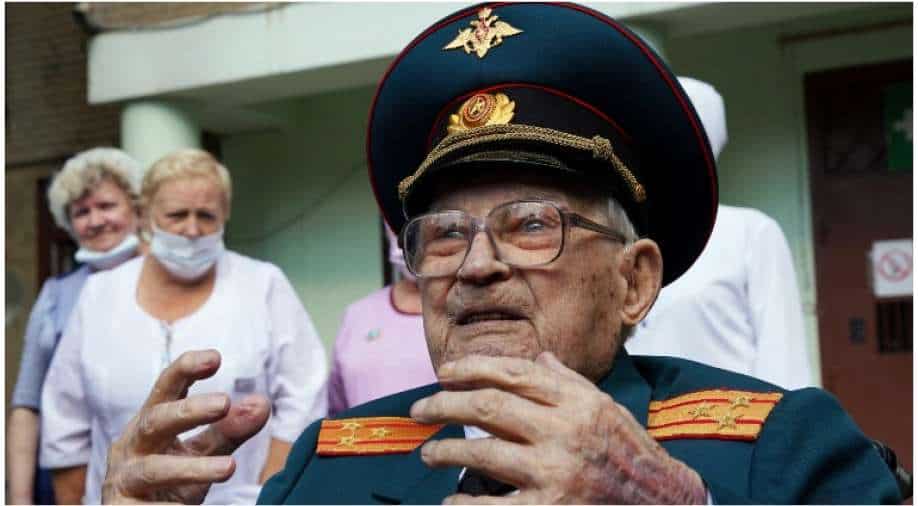 They say that your mental toughness counts a lot when you are recovering from an illness. And in case of a deadly disease like Covid, you need all possible help in fighting off the infection. A 102-year-old Russian World War 2 veteran has proved that you can defeat the disease no matter what.

Older population is considered to be more susceptible to COVID-19. But 102-year-old Nikolai Bagayev proved that age is no bar for a successful fight back.

Bagayev, 102, had 80% lung damage when he was admitted to hospital in the town of Korolyov near Moscow with the coronavirus.

He had to spend more than a month in hospital including a week intensive care. But he emerged victorious, just as his nation against the Germans in the Second World War. Bagayev was discharged on Thursday evening.

“The last time I faced death was in 1941. Back then, my right lung was injured during the battle for Moscow. But I was rather young at the time and managed to recover promptly,” he told Reuters.

“This time around, I was largely supported by doctors despite several instances where I was on the verge of losing hope and courage. I am extremely thankful to all of them.”

Bagayev is one a shrinking group of veterans who are revered in Russia for their role in defeating Nazi Germany. In May, he took part in the annual victory parade on Square Parade alongside President Vladimir Putin.

“It was hard, but I could see the doctors fighting, and I helped them,” said Bagayev, who was wearing a military uniform festooned with medals when discharged from hospital.

“They are the ones who are the heroes,” Bagayev, who was last year promoted to a rank of colonel in reserve, said of his doctors.

Bagayev lived through many of the now defunct Soviet Union’s tumultuous chapters and was twice wounded during the war – once gravely.

“He is a real trooper, he kept remembering his war-time wound and hardships in (the Battle of) Moscow and those memories helped him during his time in hospital,” Bagayev’s doctor, Valentina Rakitskaya, said.

After the war, Bagayev worked in the Soviet republic of Kazakhstan where he helped build the Baikonur cosmodrome which sent the first man into space, Yuri Gagarin, in 1961.

Bagayev said a breathing technique which he had learnt from Soviet cosmonauts helped him recover from COVID-19.

As a devoted member of Russia’s opposition Communist party he plans to help them campaign ahead of a parliamentary election in September, but he said his first goal was to start walking again without help.