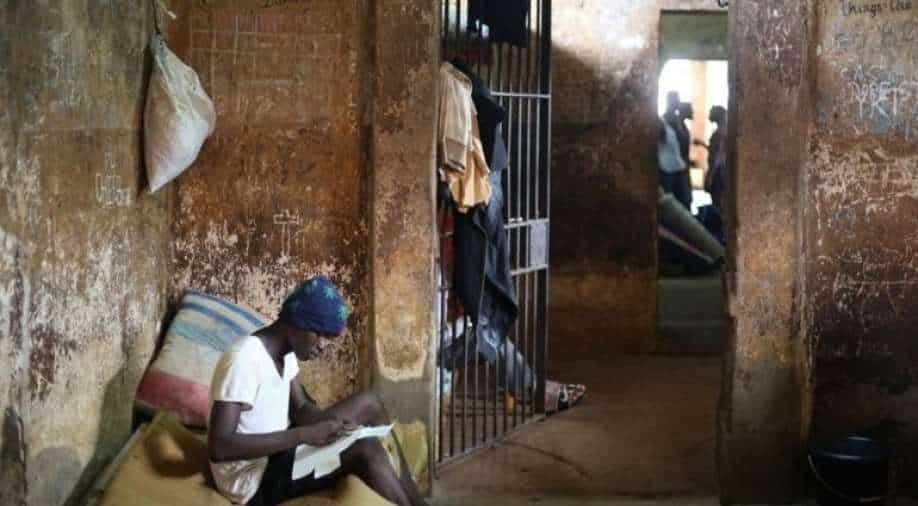 Lawmakers in Sierra Leone voted unanimously Friday to abolish the death penalty, a momentous step that made the West African country the 23rd on the continent to prohibit capital punishment.

The decision was one more step in a long-sought goal of civil society organizations and legal practitioners who see the death penalty as a vestige of Africa’s oppressive colonial history.

“This is a horrible punishment, and we need to get rid of it,” said Oluwatosin Popoola, a legal adviser at the rights group Amnesty International, a leading critic of capital punishment.

A vast majority of the 193 member states of the United Nations have either abolished the death penalty or do not practice it.

“It’s a dream come true in terms of criminal justice, to actually remove such a heinous penalty,” said Simitie Lavaly, a member of Sierra Leone’s Human Rights Commission and a lawyer who has represented people on death row.

The vote in Sierra Leone came against the backdrop of a steady march in Africa to discard brutal laws imposed by past colonial masters. In April, Malawi ruled the death penalty unconstitutional. In May 2020, Chad did the same.

Nearly half of Africa’s 54 independent countries have abolished the punishment, more than double the number from less than two decades ago.

While death sentences and executions have declined globally in recent years, they do not necessarily reflect the growing number of countries that have banned capital punishment. At least some of the declines are attributable to the COVID-19 pandemic, which slowed or delayed judicial proceedings in many countries. And in some, like the United States, federal executions were ramped up in 2020.

As in previous years, China led the 2020 list of countries that execute the most people, killing thousands, according to Amnesty International, which compiles capital punishment statistics. The exact figures for China are not known, as its data remains a state secret.

Next in 2020 came Iran, which executed at least 246 people, and then Egypt, Iraq, Saudi Arabia, and in sixth place the United States, with 17 executions. Most of the American executions were of federal prisoners in the last six months of President Donald Trump’s term, a turnaround after years of an informal moratorium.

The legislators in Sierra Leone on Friday replaced the death sentence with a maximum life sentence for certain crimes, including murder and treason. That means judges will have the power to consider mitigating factors, such as whether the defendant has a mental illness. They would have had no such flexibility if the lawmakers had voted instead to replace the death penalty with a mandatory life sentence.

The last time the death penalty was carried out in Sierra Leone was 1998, when at the apex of a devastating civil war, 24 soldiers were executed by firing squad for having participated in a coup the year before.

Still, convicts have languished for years on death row, where their rights are minimal and where they know that a new government could carry out the punishment without warning.

In 2016, the minister of internal affairs at the time publicly ordered the gallows cleaned at the central prison in Sierra Leone’s capital, Freetown, after two men were sentenced to hang. The men had been found guilty of murdering a popular DJ. While public opinion favored the hangings, they were never carried out.

Dozens of death sentences in Sierra Leone have been handed down every year. As of the end of last year, at least 94 people remained on death row.

One Sierra Leonean woman was sentenced to death in 2010 for the murder of her abusive boyfriend. He had been attacking her with a pipe, and she picked up a knife in self-defense. She was just 17 and should not have been subject to adult legal proceedings.

Another was convicted of having murdered her baby stepdaughter by feeding her battery fluid — when really she had given the sick child water. She was on death row for six years.

Both women were eventually released, with the help of AdvocAid, a nonprofit group that helps girls and women entangled in Sierra Leone’s legal system. But for years, the prospect of execution hung over them.

Sabrina Mahtani, the co-founder and former executive director of AdvocAid, said Sierra Leone’s decision to do away with capital punishment was remarkable especially because it is still recovering from the 1991-2002 civil war that was characterized by intolerance, atrocities and extreme violence. She said Sierra Leone had provided a model that more powerful countries like the United States should emulate.

“Here’s a small country in West Africa that had a brutal civil war 20 years ago, and they’ve managed to abolish the death penalty,” Mahtani said. “They would actually be an example for you, U.S., rather than it always being the other way around.”

President Julius Maada Bio’s government has worked on several reforms to the criminal justice system, including the repeal of a law frequently used to repress the media. In May, at a review of Sierra Leone’s human rights record at the United Nations, the government announced it would abolish capital punishment as well.

“It’s a really big deal in all aspects, in Sierra Leone and internationally,” Popoola said.

Sierra Leone is the first of the English-speaking West African countries to abolish the punishment.

A decade ago, a commission in Ghana recommended abolition, but in recent years efforts have stalled.

In Nigeria, Africa’s most populous country, at least 2,700 people are on death row — the highest number by far on the African continent.

Gambia had been on track to abolish the death penalty last year, when a new constitution was drafted. But it was rejected by Parliament. Still, Gambia’s president has made some significant moves away from capital punishment, Popoola said.

These are all countries that, like Sierra Leone, obtained independence from the Britain in the late 1950s and 1960s — around the same time as that colonial power was carrying out its own last executions.

“The death penalty is a colonial imposition, and these laws were inherited from the U.K.,” Mahtani said.