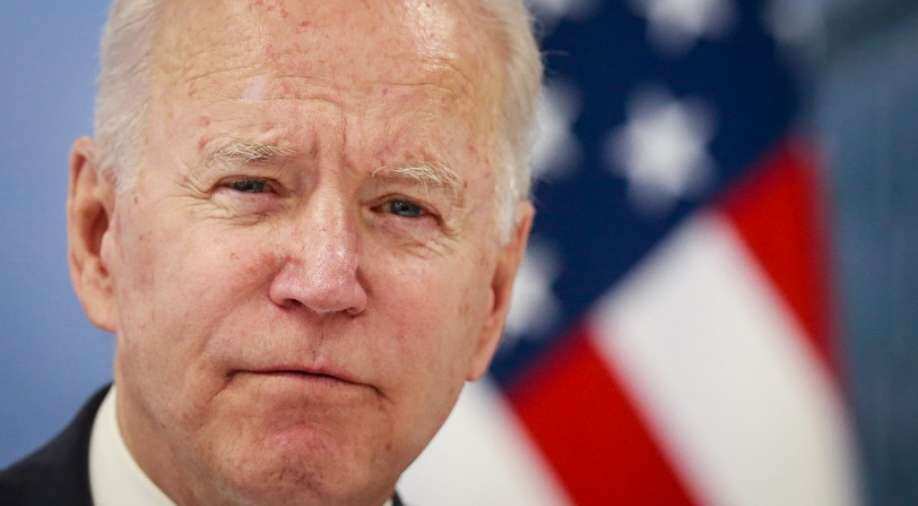 In an unusual move by a committee chair in the president’s own party, Sen. Ron Wyden, D-Ore., is refusing to schedule a hearing for President Joe Biden’s nominee to run U.S. Customs and Border Protection until the administration answers questions about the federal response to the unrest in Portland, Oregon, last summer.

Wyden, chair of the Senate Finance Committee, notified the White House this week of his decision to delay a hearing for Chris Magnus, the police chief in Tucson, Arizona. Biden nominated Magnus in April to run the agency, which plays a central role in addressing the influx of migrants at the country’s southern border.

Wyden said that for months, he had been asking officials from the Justice and Homeland Security departments to answer specific questions about how the agencies, under former President Donald Trump, prepared for the extraordinary step of sending federal law enforcement officers into the streets of Portland and what happened on the ground, when protests there turned violent after George Floyd’s murder by a police officer in Minneapolis.

Standing up a military-type presence in the middle of downtown protests against police violence remains one of the most contentious decisions that Trump made during his time in office.

“Six months into the new administration, the Department of Homeland Security and Justice have failed to answer basic questions about how the Trump administration misused federal resources to stoke violence against peaceful protesters in my hometown,” Wyden said in a statement Wednesday.

Wyden is a liberal who holds one of the most powerful posts in the Senate. He was elected to the chamber in 1996 after serving in the House since 1981, where he represented a district that includes parts of Portland.

“While it is clear that Customs and Border Protection faces pressing issues,” he said in the statement, “as the senior senator from Oregon, I am unable to advance this nominee until DHS and DOJ gives Oregonians some straight answers about what it was up to in Portland last year, and who was responsible.”

The move by Wyden comes as the flow of migrants across the country’s southern border has surpassed the peak levels of recent years. The Border Patrol, which is part of Customs and Border Protection, caught migrants crossing into the country more than 178,000 times without documentation in June, the most apprehensions since April 2000.

The administration is planning for how it will lift a public health order put in place at the beginning of the pandemic, which it has used to turn back migrants at the border more than 1 million times. Lifting that order will further increase the number of people trying to get into the country, raising the sense of urgency to get a permanent leader in place at Customs and Border Protection.

“Given the continuing humanitarian crisis at the border, there is an urgent need for his leadership and expertise,” members of the Law Enforcement Immigration Task Force, a group of local law enforcement officials that supports an immigration overhaul, wrote of Magnus in an open letter Wednesday.

A year ago, as the protests in Portland stretched on throughout the presidential campaign, Biden said Trump was using “egregious tactics” to address the unrest in Portland.

“Homeland Security agents — without a clearly defined mandate or authority — are ranging far from federal property, stripped of badges and insignia and identifying markings, to detain people,” Biden said in a statement at the time. “They are brutally attacking peaceful protesters, including a U.S. Navy veteran.”

Sen. James Lankford, R-Okla., has placed a hold on the nomination of Magnus and several other homeland security officials until, he said last week, “we can actually get the Biden administration to lay out what their policy is going to be and what they’re going to do to be able to actually enforce the law.”

That kind of move is typical of senators who are not in the president’s party, but interference from an ally of the president is not.

A spokesperson from the Department of Homeland Security said the agency responded to Wyden privately last week and “looks forward to working with him to resolve his concerns.”

Keith Chu, a spokesperson for Wyden, said the department had provided only “partial” answers to the senator’s questions. A Justice Department spokesperson said Wednesday that the agency was working with Wyden’s office on his requests.

According to a White House official, the administration is hopeful that the Senate will cooperate with plans to move forward with Magnus’ nomination.

Downtown Portland was shuttered for weeks last summer because of people protesting against police violence after a white Minneapolis police officer killed Floyd, an unarmed Black man, on May 25. While the shooting prompted protests around the country, demonstrations in downtown Portland outlasted those in most other cities.

Positioning himself as a law-and-order president, Trump described the city as lawless, filled with “anarchists” who “hate our country.” And he praised the actions of armed federal officers from multiple agencies who fired tear gas into crowds and pulled protesters into unmarked vans. Among the officers deployed to Portland were members of a special tactical team from Customs and Border Protection that is typically deployed for operations against drug smuggling.

Doing so only incensed the protesters, who had been raising concerns that fascism was on the rise in the United States.

“The uncoordinated deployment of poorly trained federal law enforcement in Oregon, and in other parts of the country, must never occur again,” Wyden wrote in a June 9 letter to Homeland Security Secretary Alejandro Mayorkas.

An inspector general report released in April found that the Homeland Security Department had the authority to send federal officers to Portland but did not properly prepare them or coordinate with other agencies.

While the report addressed some of Wyden’s questions, he is seeking additional answers about who led the agents on the ground and whether they were identifiable, with badges and uniforms. He has also asked what guidance, if any, the officers were given about how to interact with protesters and members of the media. And he has asked for a list of equipment that federal officers used while deployed in Portland.

Wyden has also asked about the deployment of federal officers to Portland hours after Biden’s inauguration.

Mayorkas began a departmentwide review in March of the decisions that led to the agency’s involvement in the Portland protests. The review is seeking “to ensure that all DHS law enforcement personnel receive appropriate training and operate pursuant to policies in keeping with best practices and law,” said Marsha Espinosa, a department spokesperson. She said the agency “is committed to respecting the rights of all individuals who peacefully exercise their First Amendment freedoms of speech and assembly.”

In May, Biden revoked a Trump-era executive order that had paved the way for federal law enforcement officers to descend on Portland with the stated goal of protecting federal buildings and property.