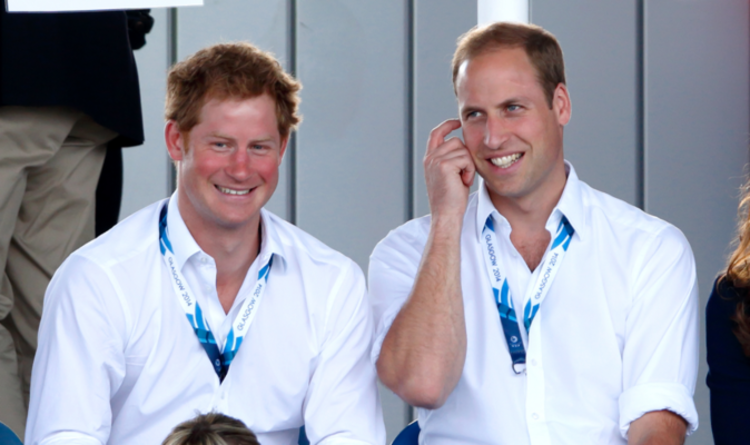 Her Majesty stole the show in a James Bond spoof sketch alongside actor Daniel Craig. The action-packed scene showed the Queen flying over Central London before a stunt person dressed as the Monarch parachuted into the stadium.

The Queen and Prince Philip then emerged and walked to their seats.

Fans roared as the Monarch and Duke of Edinburgh made the unexpected cinematic appearance.

And a remarkable reaction came from the Queen’s grandsons.

Prince William and Prince Harry are said to have shouted “Go, Granny!”.

In his autobiography, Running My Life, two-time Olympic gold medallist Lord Coe recounted how he was sitting near the Royal Family, with Harry and William in the row behind.

He added that neither prince knew their grandmother would be taking part in a film – but became suspicious when it featured a backdrop of the palace.

Lord Coe wrote: “When the film cut to the shot of the royal back, he [Prince Charles] had exactly the same reaction as everyone else – which was to assume it was the lady who does the impersonations.

“But the moment she turned around and everyone realised, my God, it really is the Queen, he began roaring with laughter.