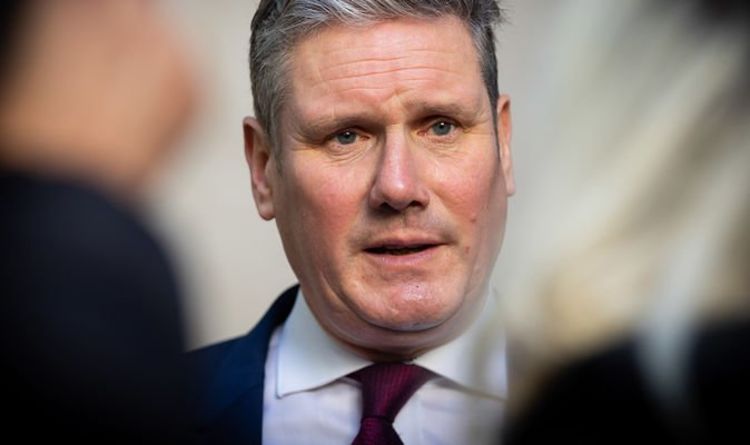 All eyes appear to have been on the Prime Minister since Wednesday, when he admitted to having attended a “bring your own booze” do at Downing Street – what he claimed to have believed was a “work event” – in May 2020. But the emergence of a photo in which Sir Keir can be seen having a beer while standing with colleagues in a Durham constituency office last May has led to criticism of the Labour leader.

Express.co.uk readers expressed their frustration at the former lawyer who has spent recent weeks lampooning the Tory party over reports of parties at Downing Street during lockdown.

Yourmistakenotmine insisted: “Time for the ever righteous Starmer to shut up and ship out.”

Many readers referred to old, tested sayings to express their anger.

NoSSherlock wrote: “Well, Starmer has learnt a valuable lesson: those in glass houses should not throw stones.”

They added: “Given his age, one would think he would know this by now.”

Thespokentruth remembered: “As my old dad used to say, be careful what you say about people because you never know what they know about you.”

The Tories fell to their lowest rating against Labour in almost a decade this week, according to a YouGov poll for the Times.

Thucydides suggested: “He is at work [in this photo], he is distanced from other people in the room and this is in May 2021, when restrictions had been relaxed compared with when the Downing Street party season was in full swing.”

The Prime Minister has faced numerous calls to resign since Wednesday, including, perhaps most significantly, from Scottish Tory leader Douglas Ross.

Bow Group Chairman Ben Harris-Quinney told Express.co.uk: “If yet another scandal drops it will push him over the edge.”

In response to allegations made against its leader, the Labour Party has pointed to a statement it made closer to May 2021, when the photo of Sir Keir first emerged.

The statement read: “Keir was in the workplace, meeting a local MP in her constituency office and participating in an online Labour Party event.

“They paused for dinner as the meeting was during the evening.”