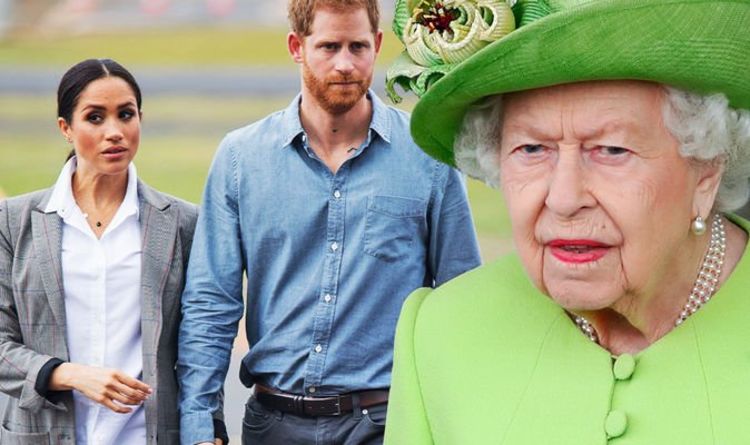 And Douglas Carswell has pointedly warned the Duke and Duchess of Sussex: “This won’t end well for you.” Mr Carswell, who represented both the Conservative Party and Ukip as MP for Clacton, is in a good position to gauge the US reaction in his current role as the President and CEO of the Mississippi Center for Public Policy.

Speaking in the wake of the revelation that Harry had landed a £14.6million advance from Penguin Random House for the publication of his new memoir later this year, the co-founder of the Vote Leave campaign told Express.co.uk: “I think, because Harry and Megan behave like Hollywood celebrities they are bracketed as Hollywood celebrities, and one thing we know about Hollywood celebrity is that it’s ephemeral.

“One thing we know about Queen Elizabeth II is she has staying power.

“Queen Elizabeth has been on the throne, when Hollywood was still producing films in black and white.

“So my observation as a Brit living in America is that Harry doesn’t understand the difference between fame and infamy.

“Of course you can go on TV in America and get your moment of fame.

“But I think a lot of Americans have said to me how sad it all is.”

JUST IN: More than 2,000 medicines to be barred from Northern Ireland

Consequently, in reference to many of Harry’s public utterances since he and Meghan moved to California, not least his explosive interview with Oprah Winfrey, Mr Carswell added: “I think generally, if you’re a Brit living in America, the one thing you shouldn’t do is lecture or pontificate to Brits back home.

“I don’t think that goes down particularly well – it’s been a tough couple of years for many Brits.

“We all know people who’ve lost jobs or they’ve lost holidays or their kids schools have been shut down, their exams have been suspended, they’ve suffered real hardship.

“And I’m not sure that hereditary princes who live Hollywood lifestyles should necessarily complain about their lot in life.”

Assessing the strained nature of relations between Harry and Meghan and the rest of the royals back in the UK, Mr Carswell added: “I think it’s very sad. I think you can already see that in order to get a reaction they have to be more and more outspoken every time and I don’t think that will end well for them.

“I think if you want to be a member of the Royal Family, you mustn’t mistake that with being a celebrity – you are way above that.

“Look at it on a bright side – I saw today, a photograph of young Prince George, an eight-year-old.

“I think it’s a photo taken by his mum, the Duchess and it is all over America – that is what people think of when they think of the Royal Family.

“I think it’s all very sad for Harry personally.”