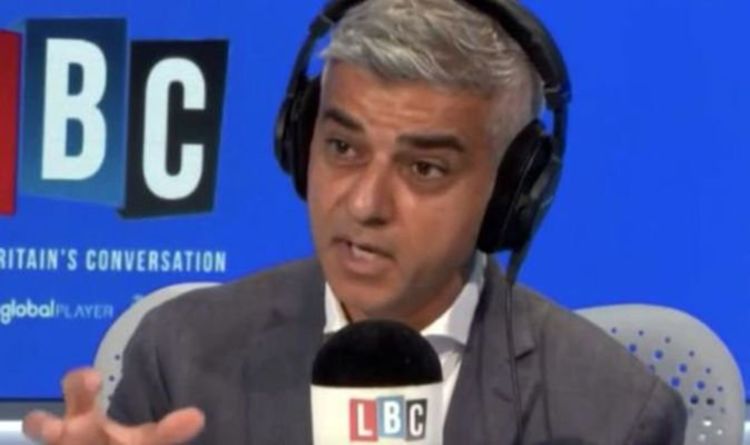 London was struck by three violent knife attacks on Wednesday night, leaving one person dead. London Assembly member and former mayoral candidate Shaun Bailey put the blame for the knife crime crisis on Sadiq Khan. He said that London Mayor had “failed Londoners horribly” as the capital faces its worst year for violent teenage deaths on record, with 22 killings already this year.

TalkRADIO host Cristo told Mr Bailey: “The brazen nature of it all now, that is what seems to have changed.

“There seems to be a culture now that you can do it so blatantly and brazenly in front of people and you will be okay.

“This was in the middle of a busy high street.”

Cristo was speaking about the death of 23-year-old man Shane Jerome, who was stabbed near Brixton Tube station on Wednesday night.

JUST IN: Maitlis in hot water over Cummings remark as BBC warns ‘no exceptions’

Mr Bailey responded: “That is where Sadiq Khan has failed Londoners horribly.

“He has set this tone in London that it is lawless, that you can do what you want on the streets.

“He had to be shamed into going to the families of the victims of these attacks.

“He constantly provides excuses for people who are murderers.

Police have warned that violence is likely to surge following the lifting of lockdown restrictions.

They looked to coordinate efforts to tackle the causes of violent crime and drive down teenage homicides.

Earlier this week, the Mayor announced £800,000 of funding for a scheme that will provide mentoring to young Londoners in pupil referral units.

He said: “Across this summer, Londoners will see a greater police presence across our city – particularly in areas where there’s been a history of violent crime.

“You’ll be seeing surge activity in those areas and at the same time, the good news is we’re going to be giving young people even more constructive things to do to keep them busy during the summer.”