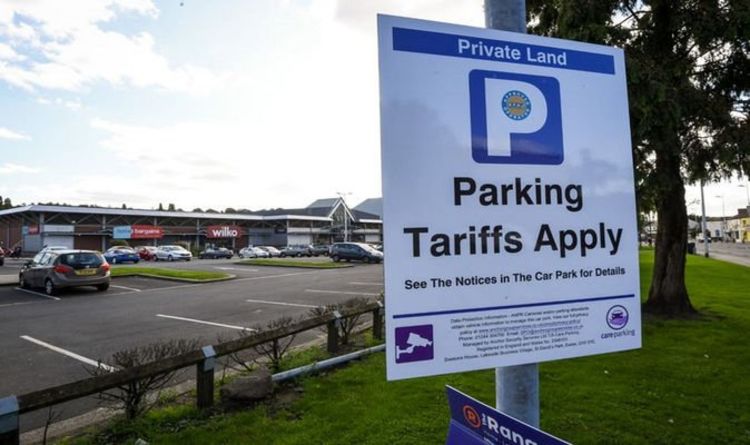 ‘Hundreds’ of drivers are furious after being hit with fines of up to £100 for parking at the Peel Centre in Stockport, despite saying they paid for a ticket and were parking perfectly legally. To leave vehicles in the car park, drivers have to input their registration to buy a ticket which is then matched with data from automatic number plate recognition cameras.

Daniel Kirkham, 39, a telecommunications engineer from Bristol, was visiting Stockport in April when he parked at the Peel Centre and purchased a ticket with cash. Two weeks later, Mr Kirkham was sent a £60 notice.

He told Manchester Evening News: “I went in and didn’t realise you had to pay as they placed the signage next to the main road so I couldn’t really see it — after parking, I realised you did need to pay.

“They say they have software that says I did not pay and I thought it was dodgy. Then I searched online and I found hundreds of people on a Stockport [Facebook] group.

“There are literally hundreds of people being had by this tactic. I have started a dedicated group on it…Every day there are more and more people joining saying it followed the same process they tried with me. I do not like people being exploited after the last year we have been through.”

Others have also voiced their anger after being fined at the Peel Centre. One man said in 2019: “Happened to my wife, got a fine in the post. Made several phone calls, got no joy. We will no longer use the business at Peel Centre.”

A woman said: “This has just happened to me. I think people should boycott this car park and the traders will soon ask for action to be taken.”

Another wrote: “Just paid my £60 as was from August although wasn’t convinced. After reading this I have found my ticket in the car and the robbing sods are wrong!”

A fourth added: “They sent me a fine for £100 saying I was 40 minutes late. I was lucky I still had the ticket. I had another hour on the ticket.”

Care Parking, the company which manages parking on-site, says there are no issues with the payment machines or other systems at Peel Centre Stockport.

A spokesperson said: “We receive approximately 20 appeals per month for parking charge notices issued at this location and the vast majority of these are customers providing mitigating circumstances.

“Our investigations and our Parking on Private Land Appeals (POPLA) response will show that the systems were working and there is no evidence to support the motorists claim. Our automatic number plate recognition camera systems are still capturing in excess of 5,000 registrations per day without any issues.

“We have continued to attempt to manually filter minor keying errors where individual letters are mistyped in a vehicle registration, and we cancel these penalty charge notices prior to issue or when evidence is provided by the motorist.

“Major keying errors such as fundamentally different vehicle registrations or partial registration entries are processed in line with the British Parking Association Approved Operators’ Scheme Code of Practice and cancelled upon receipt of an administration charge.”