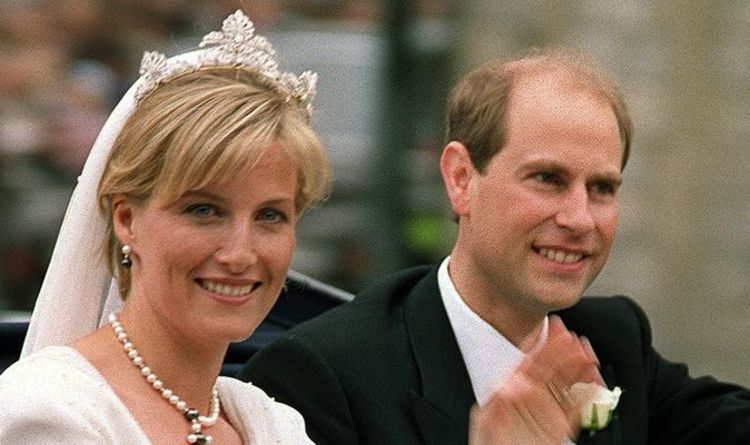 But Her Majesty refused Prince Edward’s bride an important request on their wedding day – rejecting her request to be titled Princess Sophie, a prominent commentator has claimed. In June 1999, Prince Edward and Sophie Helen Rhys-Jones arrived at St George’s Chapel in Windsor Castle to tie the knot.

The bride-to-be, who would soon become the Countess of Wessex, asked the Queen for the special title ahead of the big day.

“The Countess of Wessex had wanted to be known as Princess Sophie, but the Queen would not allow it,” royal expert Katie Nicholl wrote in Vanity Fair.

However, the Queen’s rejection of Sophie’ request does appear to align with the correct usage of titles within Britain’s Royal Family.

Only those with blue blood can become princesses.

Even in the case of Lady Diana, a figure many wrongly called Princess Diana, her title was actually the Princess of Wales as this tied her to Charles’ title following their marriage.

The Countess of Wessex did have the opportunity to become the Duchess of Cambridge in 1999.

However, Prince Edward did not want a dukedom and instead opted to become the Earl of Wessex.

“She talks to Sophie in the way she used to talk to Princess Margaret.

“Sophie has filled a terrible gap in the Queen’s life that was left when her sister and the Queen Mother died in 2002.”