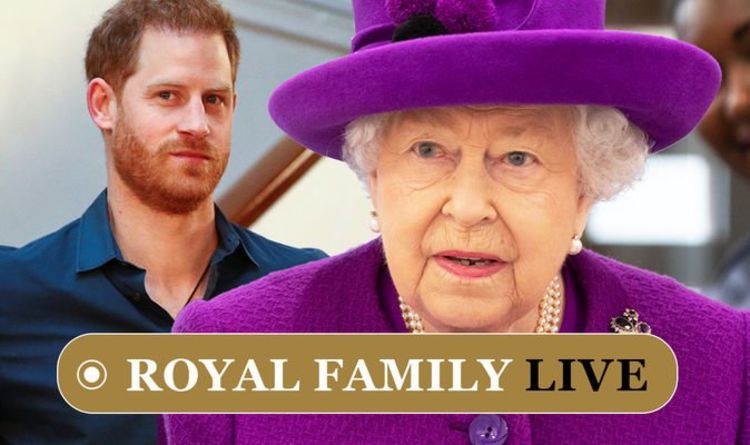 The Duke of Sussex announced he will share the “highs and lows” of his life as a royal in his autobiography, which will be released during the Queen’s Platinum Jubilee next year. But there are concerns about what the book may contain after Harry made a number of shocking comments against the Royal Family earlier this year. Buckingham Palace told news outlet PEOPLE that it would not comment about the book might contain.

The palace said: “Any clarification about the book would be a question for the Duke and Duchess of Sussex.”

However, royal expert Richard Fitzwilliams warned Harry could be “totally unpredictable” with his memoir.

He told The Sun Online: “Its mere existence is a form of a lever to potentially use against the royal family in whatever is to come.

“This book has the potential to be dynamite. But the thing is, what do the Sussexes really want from the royal family next? What do they want them to do?

“They have gone rogue. It is a fact. It’s incredibly worrying because they are so totally unpredictable. Anything is possible.”

It comes after Harry said in a statement earlier this week: “I’m writing this not as the prince I was born but as the man, I have become.

“I’ve worn many hats over the years, both literally and figuratively, and my hope is that in telling my story—the highs and lows, the mistakes, the lessons learned—I can help show that no matter where we come from, we have more in common than we think.

8.47am update: Meghan Markle and Prince Harry’s post-Megxit pledge to the Queen ‘gone down the drain’

Angela Levin claimed Meghan and Prince Harry told the Queen they would “not use the monarchy” for profit. However, she added, they have done so over the past months.

In a comment piece for the Sun, the royal biographer said: “How many more times is Prince Harry going to attack the royal family, while clinging on to all the best bits of it?”

She continued: “When they left for America, Harry and Meghan said to the Queen that they would not use the monarchy to make money.

“That has gone completely down the drain and they won’t be stopped.”

Prince Harry and Meghan never publicly stated they would not use their royal connection to make money.

Meghan Markle‘s estranged father Thomas Markle has announced his intention to petition Californian courts in the “very near future” for the right to see his two grandchildren.

The Duchess’s father has not met two-year-old Archie Harrison or baby Lilibet Diana since they were born, after falling out with his daughter in the lead-up to her royal wedding with Prince Harry.

He said: “We shouldn’t be punishing [Lili] for Meghan and Harry’s bad behaviour. Archie and Lili are small children.

“And they’re also royal and entitled to the same rights as any other royal.

“Archie and Lili are just sweet little kids – let’s keep it to that. I will be petitioning the Californian courts for the right to see my grandchildren in the very near future.”