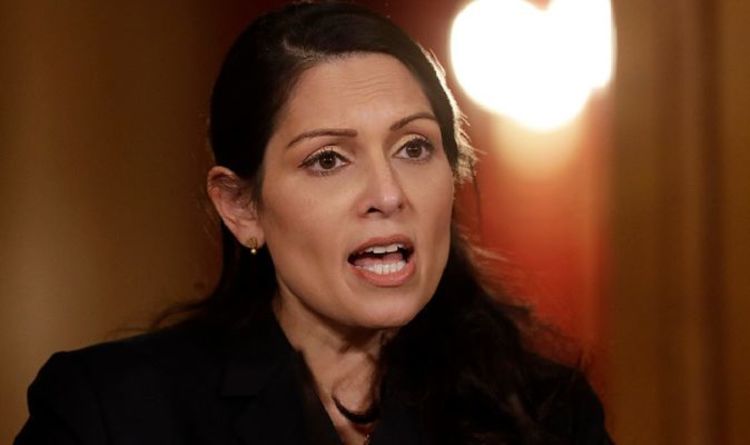 The Home Secretary’s decision infuriated some of her Tory colleagues in Parliament but Ms Patel argued the money would be well spent on doubling the number of police patrolling France’s northern beaches, improving intelligence sharing and on new technology to target people smugglers.

A Conservative MP said the Government is being “fobbed off” by the French authorities after it was announced France would receive the extra sum.

The announcement followed the news that a record-breaking number of migrants have crossed the Channel already this year.

At least 8,452 people have made the journey, according to data compiled by the PA news agency, surpassing the total for all of 2020.

But during a Commons Home Affairs Committee hearing on Wednesday, Conservative MP Tim Loughton pointed out that last year the Government had sent France €31.4million (£27.1million) to tackle the issue.

Mr Loughton said: “Since that time, you now have a record number of boats which have come across the Channel, and the number of interceptions by the French has actually fallen.”

Referring to the new £54million sum, he asked: “Isn’t that throwing good money after bad?”

Ms Patel replied: “This is an evolving situation, the numbers of migrants attempting these crossings from France has increased considerably.”

Mr Patel said that instead of the majority of migrants coming from Calais, there was now a “widespread dispersal” of launches along the entire French coastline.

Paul Lincoln, director general of Border Force, told the committee the number of French interceptions of small boats crossing the Channel had trebled in a year from more than 2,100 at the end of June last year to more than 6,000 for the same period this year.

Ms Patel said: “I have absolutely discussed directly with my French counterpart.”

“They absolutely know what their responsibilities are.”

Steve Valdez-Symonds, Amnesty International UK’s refugee and migrant rights director, said: “Making yet another agreement to pay France to deter and prevent people reaching UK shores is not going to make anything better or anyone safer.

“There is no escaping the fact that the Home Office is shirking its responsibility to share with other countries, including France, in providing asylum.

“A change of policy is urgently needed to provide safe routes to the UK, particularly for refugees with family and connections here, not ministers merely doubling down on their failed approach.”