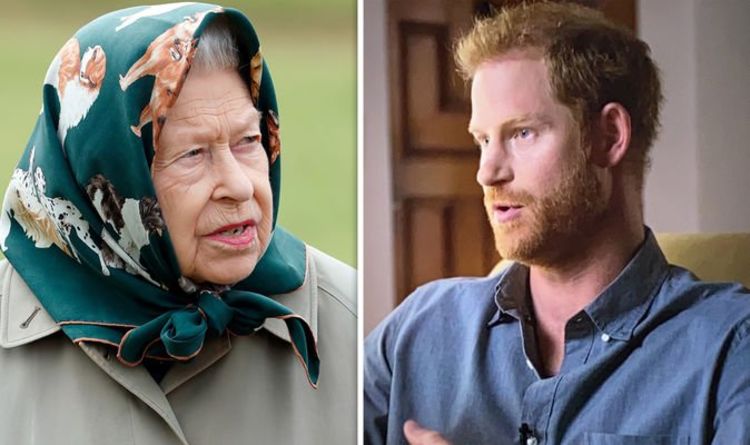 Prince Harry, 36, and Meghan Markle, 39, quit royal life in 2020 and in the agreement they reached with the Queen about their exit from the Firm, they promised not to use their Duke and Duchess of Sussex titles in conjunction with their commercial working going forward.

The terms of the Megxit deal are even outlined on the couple’s Sussexroyal.com website which was set up shortly before they announced their stepdown.

“The Duke and Duchess of Sussex will no longer actively use their HRH titles as they will no longer be working members of the family as of Spring 2020.”

But despite this, Harry and Meghan have continued to trade off their HRH styles and titles and Meghan’s children’s book The Bench was published under “Meghan, The Duchess of Sussex” in January this year.

Prince Harry’s tell-all memoir is due out next year and while it hasn’t been confirmed that he will publish the book under his Duke of Sussex title, a press release announcing the project seems to hint he might.

A statement from Harry’s publishers about the book uses his Duke of Sussex title.

The publisher’s statement reads: “Penguin Random House is honoured to announce that it will publish a forthcoming memoir by Prince Harry, The Duke of Sussex.”

The statement added: “In an intimate and heartfelt memoir from one of the most fascinating and influential global figures of our time, Prince Harry will share, for the very first time, the definitive account of the experiences, adventures, losses, and life lessons that have helped shape him.

“Covering his lifetime in the public eye from childhood to the present day, including his dedication to service, the military duty that twice took him to the frontlines of Afghanistan, and the joy he has found in being a husband and father, Prince Harry will offer an honest and captivating personal portrait, one that shows readers that behind everything they think they know lies an inspiring, courageous, and uplifting human story.”

In reference to his book, Harry is quoted as saying: “I’m writing this not as the prince I was born but as the man I have become.

“I’ve worn many hats over the years, both literally and figuratively, and my hope is that in telling my story—the highs and lows, the mistakes, the lessons learned—I can help show that no matter where we come from, we have more in common than we think.”

At the time of their royal exit, Harry explained he and Meghan wished to quit the Firm to pursue a “more peaceful life” in the USA.

However, since their stepdown, they have continued to thrust themselves into the public eye most notably during their March sit down with Oprah Winfrey in which they launched a series of damning attacks against the royal household.

News of Harry’s memoir is understood to have sent shockwaves through the monarchy as Palace aides fear they will be unable to respond properly to any damaging claims the prince might make in his book.

There is also speculation the Sussexes could be uninvited from the Queen’s Platinum Jubilee celebrations next year amid fears ongoing royal drama could see them overshadow the event.