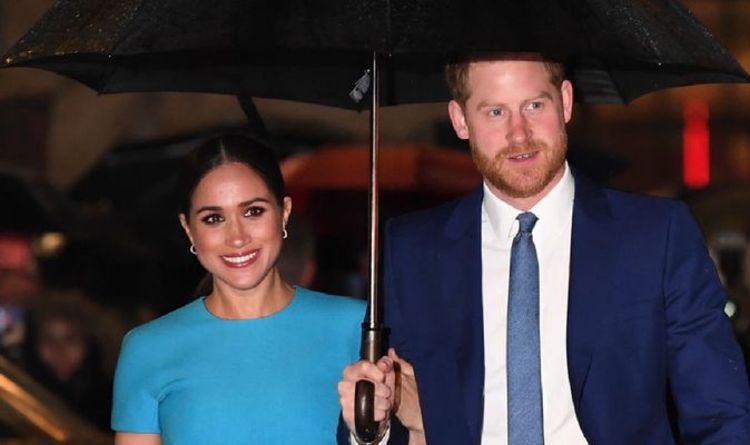 The announcement of Prince Harry‘s memoir could form part of a strategy to “disappear” in the future, royal expert Joe Drake has claimed. Both Meghan Markle and Prince Harry have conducted high-profile interviews and have committed to multi-million-pound deals with streaming giants, in what could be an attempt to have their say, make their money and then disappear from public life.

Of the book announcement, the royal commentator said: “I think the reason he may be doing this is that they’re like ‘let’s do the interview, let’s do the book, let’s get it all out there now, make our money and if we decide to disappear into Montecito – we can.'”

He said that the memoir would be “an insanely successful book” that would generate a lot of interest.

However, the Royally US host continued: “As they said ‘Meg Gain’, Meghan Markle at the end of the day is a hustler.

“I think that’s a good attribute to have, those personalities aren’t comfortable just sitting back and retiring.”

READ MORE: Meghan Markle and Prince Harry’s post-Megxit pledge to the Queen ‘gone down the drain’

Prince Harry announced his ‘intimate and heartfelt’ memoir on Monday, stating that it would be published through Penguin Random House and would be available in late 2022.

In a statement, the Prince said: “I’m writing this not as the prince I was born but as the man I have become.”

“I’ve worn many hats over the years, both literally and figuratively, and my hope is that in telling my story – the highs and lows, the mistakes, the lessons learned – I can help show that no matter where we come from, we have more in common than we think.”

The book is expected to cover his childhood, the death of Princess Diana, his military career and tours of Afghanistan and give a close insight into the background behind Megxit.

It was announced that proceeds from the book would be donated to charity.

It is unsure whether that includes the estimated $20million in US dollars that the Prince was paid as an advance.

The book will be available in both digital and print formats and an audiobook version will be released.

Prince Harry’s announcement comes days after Meghan’s new project with Netflix was revealed. The Duchess will be executive producing an animated series for children that follows a young girl encountering influential women throughout history.

The Duchess also published her first children’s book in June, a poem about father-son relationships.