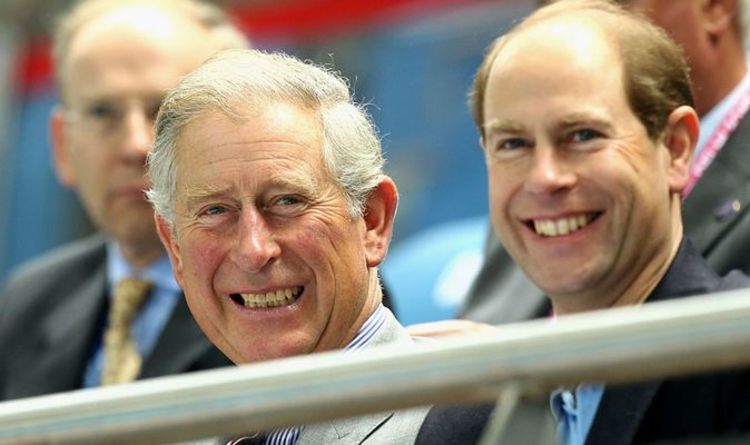 Speculation over a royal rift between Prince Charles and his younger brother Prince Edward have been dismissed by royal expert Richard Fitzwilliams. Speaking to Express.co.uk, the commentator said it would be “unthinkable” for the Prince of Wales to deny the Earl of Wessex of his right to the dukedom of Edinburgh.

Mr Fitzwilliams said: “I’m amazed this was given credence. The Dukedom of Edinburgh was promised before Edward and Sophie married in 1999, that he would one day inherit it.

“At the moment it’s with Prince Charles, it’s understood that when he ascends the throne, Edward who is the trustee of the Duke of Edinburgh award scheme, will inherit it.

“The whole story doesn’t ring true. The idea that when Charles ascends the throne, he would in some way not honour what had been previously pledged is unthinkable in my view.

“I don’t understand why this has been given any credence.”

During a recent interview with The Daily Telegraph, Prince Edward and his wife Sophie Wessex revealed that the late Prince Philip had expressly asked that the couple take on his title after he passed away.

Prince Edward recently described the prospect of becoming the Duke of Edinburgh as “bittersweet”.

He said: “It’s a very bittersweet role to take on because the only way the title can come to me is after both my parents have actually passed away. It has to go back to the Crown first.”

The title is currently with Prince Charles, the heir to the throne, who can bestow the title once he becomes king.

Since Prince Harry and Meghan Markle decided to withdraw from their roles as senior royals, Prince Edward and Sophie have increased their public profile.

They are now part of the ‘Marvellous Seven’, the senior royals who frequently represent the Queen at official engagements. This includes Prince William and Kate, Prince Charles and the Duchess of Cornwall, and Princess Anne.

As for the future of the senior working royals, Richard Fitzwilliams said, “The fact is that Charles has always talked about a slimmed-down monarchy, what he wants is to present a more modern royal family but that’s a completely different thing. The royal family is already slimmed down in its senior ranks.”

Prince Edward has already been handed many of his father’s former responsibilities, including the patronage and leadership of the Duke of Edinburgh award.

As the Queen’s youngest son, he is currently 13th in line to the throne. He resides at Bagshot Park with his wife and two children, Lady Louise Windsor and James, Viscount Severn.