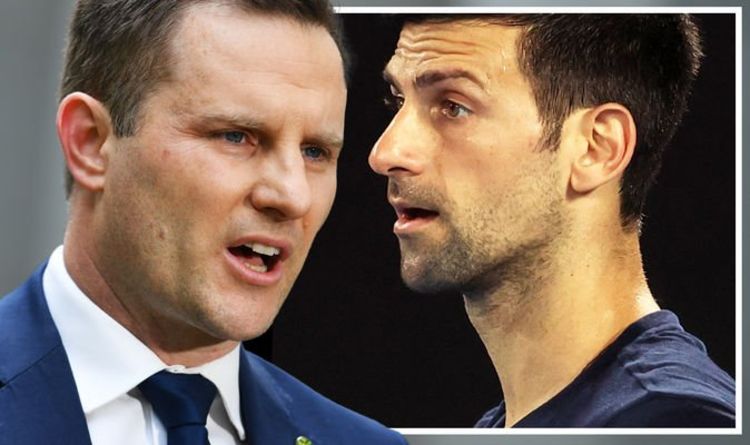 However, a court overturned the Government’s visa cancellation after concluding immigration officials had not followed proper procedure.

Speaking to Channel 9’s Today programme, Ms Lambie said: “Maybe it’s about time to stop this debacle, finish it once and for all.

“Make up your mind, Alex Hawke, and where are you?

“Missing in action? Make a decision.”

JUST IN: Prince Andrew: Virginia Giuffre praises court ruling as she vows to ‘expose the truth’

Ms Lambie, who has served as Senator for Tasmania from 2014 to 2019 before returning to Canberra’s Upper House in 2019, added: “If you can’t make a decision on Novak Djokovic, goodness me, how are you guys running the country?

“This is an absolute shambles.

“Let alone what it’s making us look like in the face of the rest of the world.

The Sydney Morning Herald has suggested Mr Hawke could announce whether or not Mr Djokovic’s visa will be revoked on Friday.