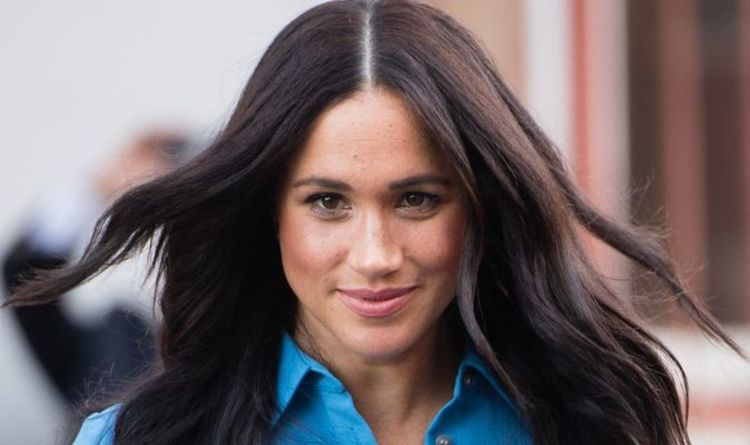 Julie Montagu, who was who was born in Illinois but became Viscountess Hinchingbrooke after marrying into the British aristocracy, claimed the Duchess of Sussex found the duty that comes with being a royal “very difficult”. She made the comments during Channel 5 documentary Meghan at 40: The Climb to Power, which airs on Saturday.

“Your duty is to the Queen and that’s very difficult for someone like Meghan.

“To switch off that American dream off and accept ‘now you have to do what we say’ is difficult.

“It’s difficult to have love and duty work simultaneously and together and that’s what Harry and Meghan wanted in negations with the Queen, this synergy, that they can make work, but the Queen said no.”

In the documentary, royal commentators also claimed Meghan could one day regret her and Prince Harry’s controversial Oprah Winfrey interview.

Royal author Tom Quinn said: “I think the problem for Meghan was that she was angry, she was upset.

“I think that she thought when she entered the Royal Family she could shake them up and they would love it, she would do things Meghan’s way.

“When that didn’t happen and she came up against what she saw as the forces of reaction it made her so upset that, that interview was her way I think the only way for her to get her revenge and put the case as she saw it.

Royal expert Emily Andrews added: “Don’t forget that the only member of her family that she sees is her mother Doria.

“She doesn’t see any of her father’s family and Archie and Lilibet will grow up without seeing any of their cousins.

“I think she may regret being quite so public with that Oprah interview because that is there for posterity.”

Meghan and Harry quit royal duties in March 2020 and are now living in California.

They made a series of explosive claims about the Royal Family during their bombshell Oprah Winfrey interview, which aired in March.

The tell-all interview plunged the royals into a fresh crisis just one year after Megxit.

Harry went on to make further controversial comments about his family in the following weeks.