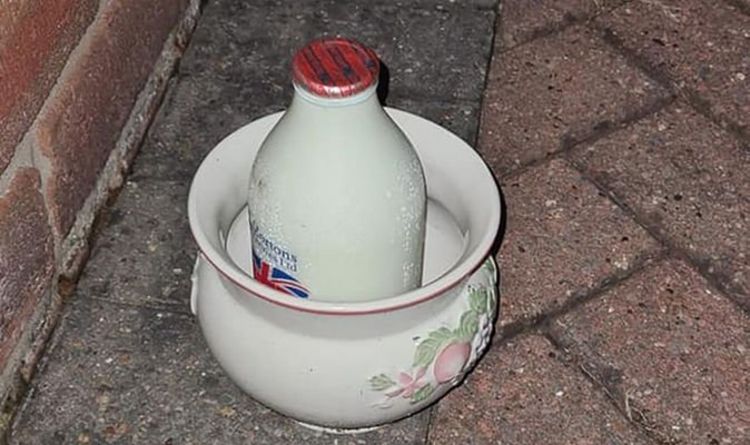 Craig, 36, has warned milk left on doorsteps will naturally only get warm as a result, even as early as 4am when he begins his round.

A message seen by Liverpool Echo reads: “I can’t control the weather folks.

“So ringing me up to make an official complaint that your milk “wasn’t cold enough” when you took it in at 9am this morning will not be entertained.

“It’s 4 million degrees outside, it was still 1 million degrees at 4am this morning, every fan in the country has been bought, nobody can sleep, the sales of ice pops are at an all time high, and the Tarmac is melting.

“It seems common sense has been lost during this heatwave.”

The milkman added: “I get all sorts of complaints all year round so it’s nothing new

“From ‘My eggs are wet’ when it’s raining to ‘the bread is hard’ when it’s minus two degrees.

“But sorry if this comes across a bit rude but this is the second ‘complaint’ I’ve had this week regarding ‘the weather’. The first lady complained I was leaving her milk in the sun. It’s dark, people, when I’m delivering the milk, the sun isn’t up.”

But Craig, of Wigan, Greater Manchester, has offered advice to customers to try to keep the dairy cool.

The tips include using a glass containers rather than plastic.

Tips to keep your milk cool

The warm spell is to continue in places over the weekend.

However, rain is predicted in the south of England on Saturday.