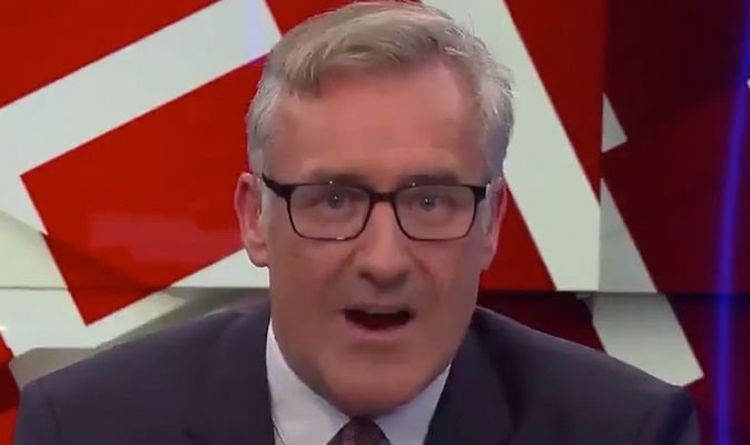 Colin Brazier issued a stern warning to the British Government to prepare against increasing attacks from “cyber-propagandist” seeking to destabilise the UK to benefit Russia. The GB News presenter suggested attempts to cause chaos have already begun through a disinformation campaign targeting Scottish nationalists. Mr Brazier said: “As I told the Russian ambassador to Britain a month ago on this news channel, I have three children who go to school in Salisbury.

“I wanted him to think about the slow, agonising deaths they would have faced if they, not others, had chanced upon the lethal novichok planted by Russian state murderers.

“I’m not a Cold War warrior. I’ve been to Moscow and love the idea of Mother Russia, as it’s presented in the brilliant novels of Dostoevsky or Tolstoy.

“But this Russia, the Russia of Vladimir Putin, is a threat.

“His cyber-propagandists want to break up our United Kingdom by stirring up Scottish nationalist hatred of the union.”

A report from the Commons’ Intelligence and Security Committee released in July 2020 said the UK is a clear target of Russian disinformation.

The committee also warned interference from Russian actors would become the “new normal” for the UK.

Mr Brazier continued: “Putin’s defence spending, massively out of kilter with his economy, is paying for hypersonic missiles, gigantic new submarines, and an advanced generation of tanks capable of outgunning our thickest armour.

“Boys toys? Never going to be needed? Maybe not.

Mr Peskov said: “Russia has never interfered in electoral processes in any country in the world: not in the US, nor in Great Britain.

“We do not do this ourselves, and we do not tolerate it when other countries try to interfere in our affairs.”

Sir Mike said pilots will be “re-learning how to disperse,” due to “a pressing requirement to remember how to do it.”