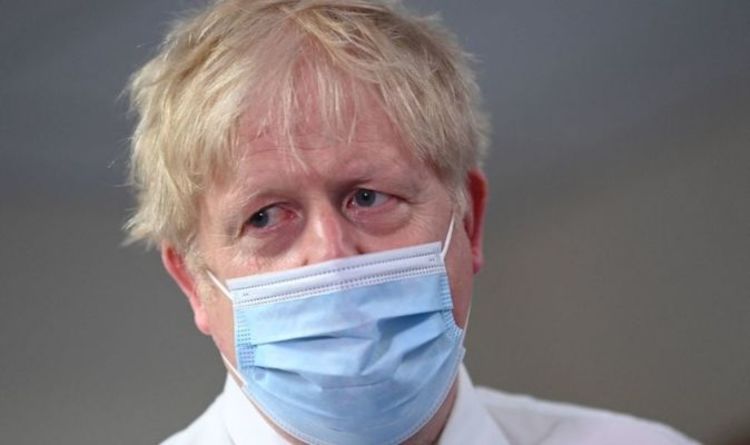 The former special advisor urged MPs to put pressure on Boris Johnson to publish his “variant escape vaccine contingency plan” as the variant – first discovered in Brazil – continues to sweep across the planet. Unlike with the previous Beta and Delta variants – first discovered in Kent and India respectively – current Covid vaccines may not be as effective against the Gamma strain of coronavirus, a study has warned.

In an early release paper published by the Centre for Disease Control (CDC), the Gamma variant was found to have a “high attack rate even in fully vaccinated persons”.

“I’m not competent to assess it technically but as I’ve said MPs should demand publication of (a) variant escape vaccine contingency plan, which should be (the) focus of intense public scrutiny and efforts.”

His outburst marks the latest attack on his former boss – who he said cannot distinguish “between truth and lies”.

The study concluded that the Gamma variant had a “high attack rate even in fully vaccinated persons”.

It added: “Such a low vaccine efficiency against infection by the Gamma variant was not expected because in vitro studies have shown a similar reduction of neutralization for Beta or Gamma variants by BNT162b2-elicited antibodies and a conserved CD4+ T-cell response against spike proteins from the Beta variant.

“In conclusion, we describe a VOC Gamma Covid-19 outbreak with a strikingly high attack rate among persons fully vaccinated with BNT162b2 vaccine.

“Our observation suggested that BNT162b2 protected from severe Covid-19.

“However, this single unexpected outbreak in a small and isolated vaccinated population requires further real-life studies on BNT162b2 vaccine effectiveness against the VOC Gamma.

“Masking and social distancing – even among those fully vaccinated – may be necessary among persons with frequent exposure in Gamma variant-endemic zones.”

It has long been feared that existing vaccines would not be as effective against new Covid variants.

These concerns have so far been unfounded – after studies revealed that vaccines were effective against both the Delta and Beta variants.

But this paper’s revelations will again stoke fears of future lockdown and spiralling death rates if the fully vaccinated are not effectively protected against the Gamma variant.