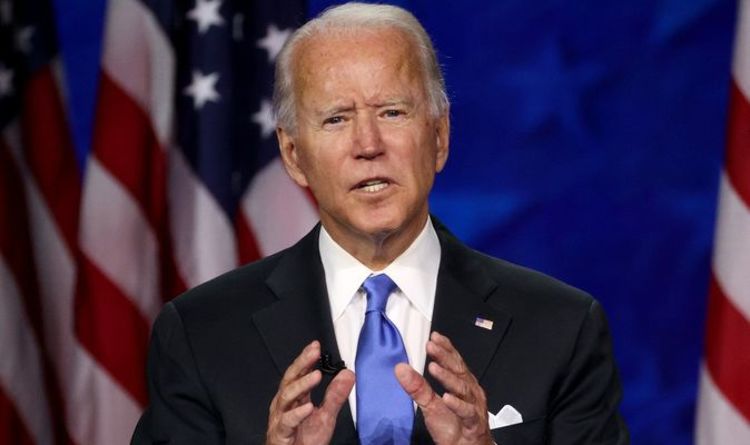 President Biden said he doesn’t care if people think he is “Satan reincarnated” but told a CNN town hall people cannot ignore what happened at the Capitol riots earlier this year. Biden, 78, said: “I don’t care if you think I’m Satan reincarnated, the fact is you can’t look at that television and say nothing happened on the 6th.

“You can’t listen to people who say this was a peaceful march.”

A snap YouGov poll after January 6 found Republican voters were split on whether they supported those who stormed the Capitol.

Just under half, 45 percent, actively expressed their support for the insurrection compared to 43 percent of Republican voters who opposed it.

The 46th President was responding to CNN’s moderator, Don Lemon, who asked Biden if he had confidence in the bipartisan committee set to be established to investigate the insurrection led by Donald Trump supporters.

A 13-member House committee was called for last month but both Republicans and Democrats have locked horns on which politicians can be nominated to the group.

Pelosi, 81, refused to accept Jim Banks from Indiana and Ohio’s Jim Jordan onto the committee as both men had voted to overturn the 2020 election result just hours after the storming of the Capitol.

“With respect for the integrity of the investigation, with an insistence on the truth and with concern about statements made and actions taken by these members, I must reject the recommendations of Representatives Banks and Jordan to the Select Committee,” the House Speaker said.

President Biden responded to the recent developments in Washington by claiming: “The kind of things that are being said of late, I think you’re beginning to see, and by Democrats as well, that venom is sort of starting to leak out”.

After Biden had defeated Trump by 81.2million votes to 74.2million, the outgoing Republican President declared the race to 270 was rigged.

The Trump team did not provide any evidence to support such claims which remain entirely unfounded.