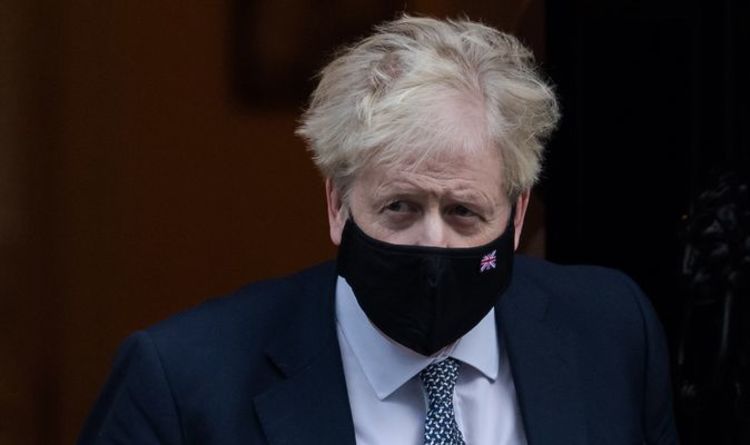 On Wednesday, the Prime Minister revealed he had attended a party in the Number 10 garden last May. The party had an estimated 40 members of staff attend. At the time, regulation dictated Britons stay at home and all contact with people outside one’s bubble be limited to one person in a public space.

Following the news, Britons have started turning on the Prime Minister as the rest of the country were forced to isolate, including Queen Elizabeth II.

According to London-based pollster Savanta ComRes, more than two-thirds (66 percent) of voters think the Prime Minister should resign now.

This includes 42 percent of those who voted for the Conservatives during the 2019 election.

The poll -based on 1,040 UK adults on January 11 – showed a 12-point increase on a previous poll in December when allegations emerged of a Christmas party in Downing Street in 2020.

Now, Britons have urged the Prime Minister to resign following the news he breached the coronavirus rules he and his Government set.

One person, Matthew, told Aljazeera Mr Johnson was the “right man at the right time” during the 2019 general election.

But he said: “Now that he’s had the chance to govern properly, outside of the pandemic umbrella which has shielded him to a huge extent, he’s been found out as a charlatan.

“It’s time for a serious and competent pair of hands, and a more morally authoritative person to navigate us through what are going to be some difficult social, economic and geopolitical times ahead.”

However, she said she would still vote for him as there is “no one else” in the party she would vote for.

Another person, Sarah from London, believes Mr Johnson will be able to “recover from this scandal”.

This week, the Brexit-backing MP for North West Leicestershire Andrew Bridgen became the fifth Tory MP to submit a letter of no confidence in Mr Johnson.

The news will come as a major blow to Mr Johnson given Mr Bridgen supported his leadership bid in the 2019 Tory Party leadership contest.

If 54 Conservative MPs submit letters to the chairman of the 1922 Committee Sir Graham Brady then Mr Johnson will face a vote on his leadership of the Tory Party.

The Prime Minister apologised for the indiscretion and claimed he had not realised the gathering was a social rather than business meeting.

He also insisted the garden at Number 10 had become an integral part of the office due to the important role fresh air played in reducing the risk of infection in workspaces.

Mr Johnson said: “I want to apologise. I know that millions of people across this country have made extraordinary sacrifices over the last 18 months.

“No 10 is a big department with a garden as an extension of the office which has been in constant use because of the role of fresh air in stopping the virus.

“When I went into that garden just after six on 20 May 2020, to thank groups of staff before going back into my office 25 minutes later to continue working, I believed implicitly that this was a work event.”