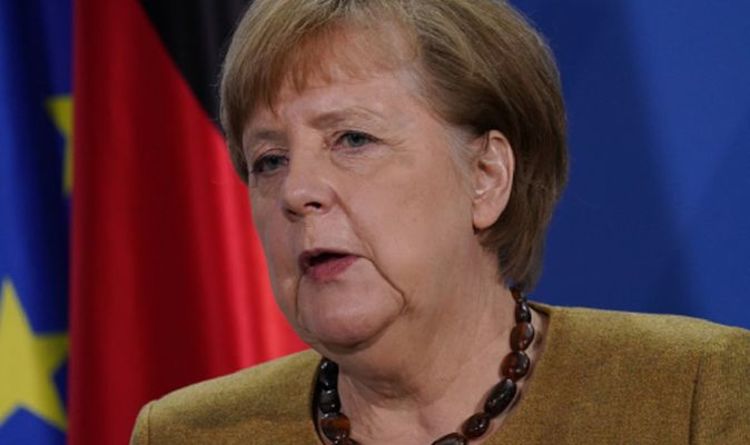 German MEP Manfred Weber lashed out against the deal reached by Ms Merkel with US President Joe Biden this week, claiming the decision is “detrimental” to the whole of the EU. The CDU politician, leader of the EPP in the European Parliament, said the German leader should have consulted the EU Council before entering into negotiations with the US President on the issue.

Mr Weber told Die Welt: “The decision for Nord Stream 2 is to the detriment of Europe as a whole and of Ukraine.

“Without the services of ex-SPD Chancellor Schröder for Putin, the pipeline would have been hardly conceivable.”

He added that “this is a heavy burden.”

Germany should “in future discuss and decide more in a European context” on projects of this size and closely cooperate with European partners, he continued.

The German leader was also criticised by the Greens in her country.

Green chancellor candidate Annalena Baerbock said: “This joint communication is not a solution, especially not for the security of Ukraine.”

Whilst Green MEP Sergey Lagodinsky added: “The Greens are still in favour of stopping this project, because it remains damaging geopolitically, [and for] climate and European politics.

“We do not participate in deals at the expense third parties, as this government has now done.”

Ms Merkel on Thursday defended the deal as a pragmatic compromise, but Ukraine said the agreement was too weak to ensure Russia behaves the way Kiev and the West want.

Despite long-standing US objections to the project, President Joe Biden’s administration concluded that it was too advanced to stop.

Germany, which strongly backs the pipeline, and the United States announced on Wednesday what amounted to a truce over the pipeline.

Under its terms, Germany pledged to respond to any attempt by Russia to use energy as a weapon against Ukraine and other Central and Eastern European countries.

Ms Merkel said on Thursday she had secured Russian assurances that Moscow would not use the pipeline as a weapon but that Berlin was ready to react with sanctions if it did so.

“After all, we are not without any tools to do something,” said Ms Merkel, adding she hoped sanctions against Moscow would not be needed.