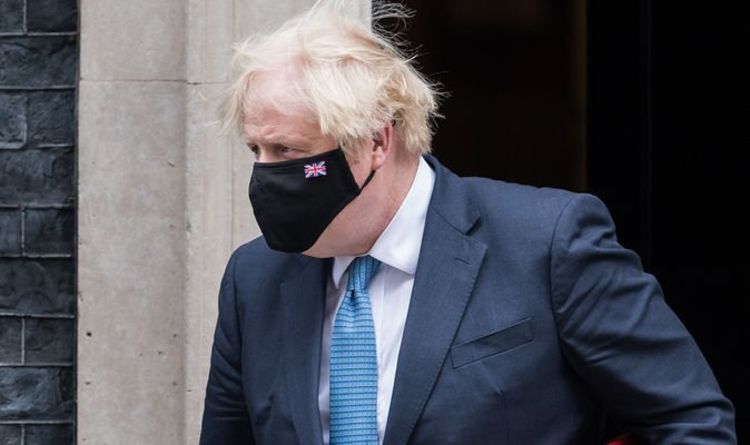 The vaccination certificate scheme was announced by Prime Minister Boris Johnson on Monday. He said from the end of September accessing large indoor events would only be possible with proof of two Covid jabs.

Natural immunity or a negative test would no longer be sufficient.

The announcement was sprung on Conservative MPs, with no prior warning the Prime Minister was set to U-turn on the passport scheme.

Mr Johnson had previously ruled out introducing proof of the jab as a requirement for entry to domestic events.

The planned change of rules would likely require a vote in the Commons.

Large business gatherings such as political party conferences would require vaccination proof under the proposals.

Threats from MPs of a boycott of the Tory conference if Covid certificates are required is now gaining momentum.

“I won’t be going to conference if we’re excluding people on the basis of vaccination their status.”

Steve Baker, the deputy leader of the anti-lockdown Covid Recovery Group, added on social media: “With a heavy heart, and apologies to event organisers, likewise.”

It will require a vote in the House of Commons in order for the Covid certificates to become law.

Approximately 40 Tory MPs have already signalled they will vote against the compulsory passports.

It means any vote on their introduction will be on a knife-edge with Labour saying they will vote against the proposals.

A spokesperson Sir Keir Starmer said: “We oppose the use of Covid vaccination status for everyday access to venues and services.

“It’s costly, open to fraud and is impractical.

“Being double-jabbed doesn’t prove you aren’t carrying the virus.

“Testing for access to venues would be more efficient, and would give people and businesses more certainty.”

Mr Johnson has a working majority of 80 in the Commons, but with Tories ready to side with the Opposition, the Prime Minister’s vaccine passport plans could be sunk by Parliament.