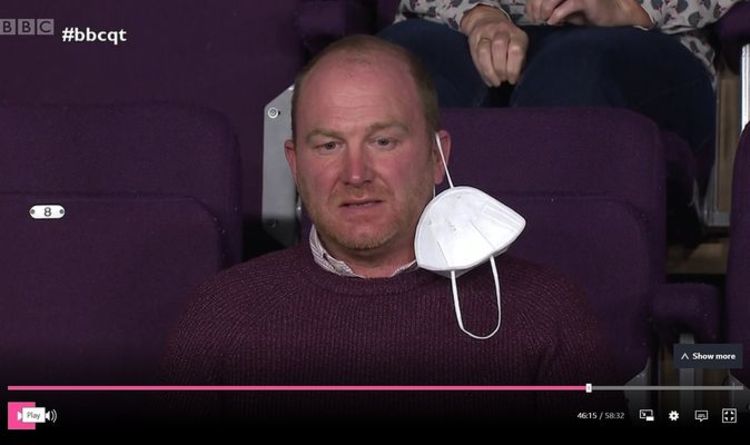 Presenter Fiona Bruce clarified that it was Marks and Spencer’s midget gem sweets which were being rebranded as mini gems.

Ms Bruce explained the decision was made on the grounds that the term midget could be considered offensive and would avoid dwarfism.

However, responding to Mr Harris, panelist Isabel Oakeshott, questioned the boundaries of wokeism.

She said: “I think it’s absolutely ridiculous. How far are we going to take this?

“Are we going to change Mars to Venus because it’s over associated with males.

“Are we going to change smarties to thickies just in case it offends people with less intellectual prowess.

Fiona Bruce did point out that Tesco had rebranded the sweets in the same way and that the change was led by a campaign by Dr Erin Pritchard of Liverpool Hope University who argued the term ‘midget’ is a form of hate speech.

He said: “It’s wokeism gone mad. Every day new things pop up and I don’t understand the reason behind it.”

She said: “There’s more important things to be talking about, so why do we care about sweets? Just change the name and eat them.

“I don’t know why people get upset. I think it’s brilliant and we should absolutely be more politically correct.

“Just be accomodating. Don’t you want to live in a society where people feel comfortable eating sweets?

“Surely that’s one of the most basic first world human rights anyone has.”