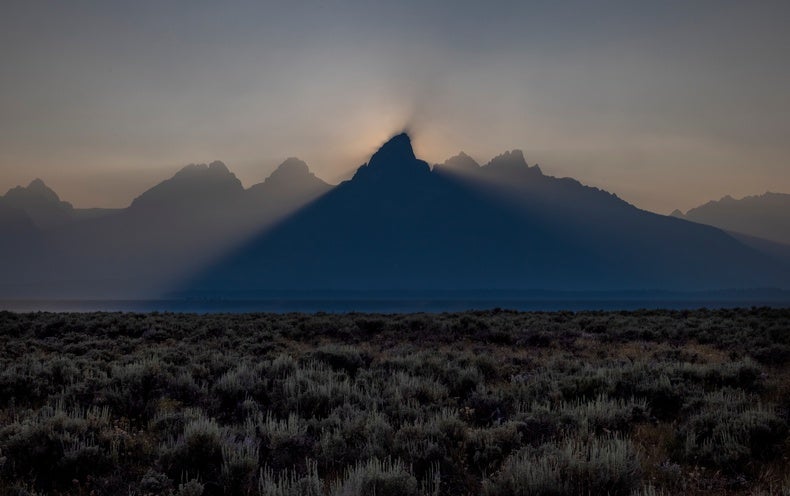 MISSOULA, Mont.—Missoula’s new downtown library was teeming with people who might typically spend a Saturday afternoon hiking, biking or otherwise making the most of Montana’s abundant outdoor recreation. One look at the soupy haze blanketing the city and it was clear why.

“We’re definitely trying to stay out of the smoke,” Charlie Booher said as his kids picked out books from the stacks.

Smoke from the wildfires burning through bone-dry forests and grasslands in the West has damaged air quality this week from California to the Eastern Seaboard. The polluting smoke has been thickest in the Northwest, including Montana, where over the past week Missoula, Helena, Great Falls and other cities ranked among the 10 places with the worst air quality, according to AirNow.

The smoke and unrelenting heat pummeling the state have driven people to seek refuge at libraries, movie theaters, museums and other indoor venues. In areas with low covid-19 vaccination rates where people have largely abandoned masks and physical distancing, health officials are concerned the result will be covid outbreaks.

Adding to that worry is the rise of the highly transmissible delta variant of the coronavirus, and research suggests that covid cases and deaths increase during periods of intense wildfire smoke.

Missoula County has the highest vaccination rate in Montana, at 60%, but Whitney Kors was still mindful of the risks as she took her family to the library to get out of the smoke.

“My daughter and I are still masked because she’s not vaccinated,” Kors said.

She said that until her daughter, who’s under 12 years old, becomes eligible for her shot, her family will continue to distance from others when they’re out. However, health officials worry that not everyone seeking out smoke-free activities indoors this summer will take the same precautions if they are unvaccinated.

To the north in Flathead County, Joe Russell, the county health officer, said he’s tracking a roughly 50% increase in covid cases over the past two weeks, mostly from unvaccinated people catching the virus at events.

“These are activities that are happening specific to events or settings, and they are indoors,” he explained.

Russell said his team is more closely investigating new clusters to see if people went inside to escape heat and smoke. About 6 of 10 county residents who are eligible for covid vaccines have not gotten them, and Russell is worried these large clusters could get worse if more people gather indoors.

The dangers of the pandemic appear to have waned in people’s minds as they gather in indoor public spaces, many of which dropped masking and physical distancing requirements earlier this year.

In Yellowstone County and Billings, Montana’s largest city, the pandemic is still being felt in hospitals that have been treating younger, sicker patients than they saw earlier in the pandemic. Covid deaths also spiked there in early July.

“But this year has been so hot, so dry and with so much smoke, we are concerned we’re going to have increases happening a little earlier,” he said.

Across Montana, about 48% of the eligible population is fully vaccinated, but Magdalena Scott with the state Department of Public Health and Human Services said county rates range from about 23% to 60%. She said that means case numbers, hospitalizations and deaths are likely to vary more widely than they did last summer, when vaccines weren’t yet available. “We are concerned that it’s going to be a long smoke season for sure,” Scott said.

There are also worries that wildfire smoke could drive up covid transmission not just by driving people indoors, but also by making them more susceptible to the coronavirus.

Fine particulate matter in wildfire smoke, known as PM 2.5, is so small it bypasses the body’s natural defenses, building up in the bloodstream, inflaming the lungs and wearing down the immune system, according to the Centers for Disease Control and Prevention.

PM 2.5 from urban air pollution and wildfire smoke is increasingly associated with susceptibility to respiratory infections in general, but researchers have been racing to study the same possible association with the coronavirus, a respiratory virus, since last summer.

Daniel Kiser is a researcher at the Desert Research Institute in Reno, Nevada. He worked on a recently published paper about an increase in covid cases in Reno during the wildfire season.

“What we found was that there was about an 18% increase in the rate of positive tests during the period that was most affected by wildfire smoke,” Kiser said.

Other studies also have shown a correlation between increases in particulate levels and covid deaths. Sultan Ayoub Meo with King Saud University in Saudi Arabia led a team of researchers that studied 10 California counties where levels of fine particulate matter increased on average by 220 times at the height of the state’s wildfire season last year.

University of Montana researcher Erin Landguth is also expanding her past study showing intense wildfire seasons in Montana have been followed by bad flu seasons months later in the fall and winter.

Landguth is compiling particulate-matter readings across the western U.S. to examine whether the same association holds across a larger area for not only the flu, but covid and other respiratory diseases, too.

While evidence showing covid cases and deaths have increased during wildfire events continues to emerge, more study is needed. However, Landguth said, we know enough to be concerned and to advise people to protect themselves.

Back in Missoula, county Air Quality Specialist Sarah Coefield said the best thing people can do is get vaccinated, especially if they plan to seek out public spaces to escape heat and smoke. They can also create a clean-air space at home.

With about 2.5 million acres already burned this year in the U.S., and drought worsening across the West, Coefield said, “There’s nothing in the forecast to suggest it’s going to end anytime soon—and it’s not going to get any easier as it goes on.”

KHN (Kaiser Health News) is a nonprofit news service covering health issues. It is an editorially independent program of KFF (Kaiser Family Foundation) that is not affiliated with Kaiser Permanente.