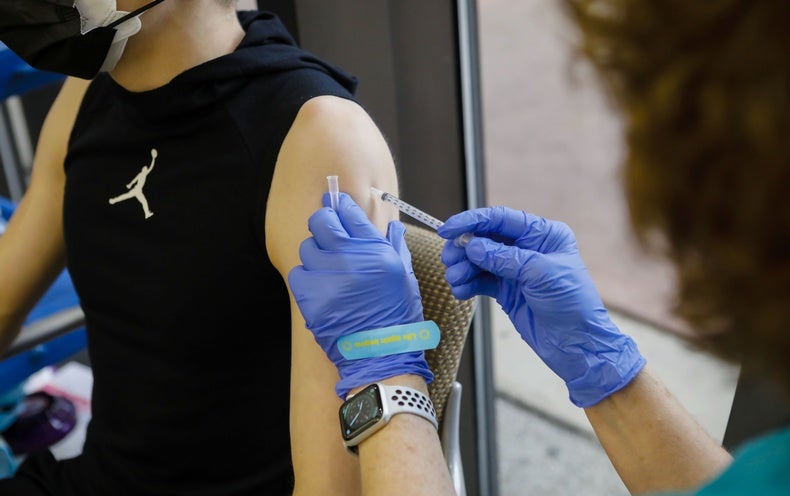 At a time when much of the world is still struggling to access COVID vaccines, the question of whether to vaccinate children can feel like a privilege. On 19 July, vaccine advisers in the United Kingdom recommended to delay vaccines for most young people under 16, citing the very low rates of serious disease in this age group. But several countries, including the United States and Israel, have forged ahead, and others are hoping to follow suit when supplies allow.

Nature looks at where the evidence stands on children and COVID vaccines.

Since the early days of the pandemic, parents have been taking some comfort from the fact that SARS-CoV-2 is far less likely to cause serious illness in children than it is in adults.

But some children do still become very ill, and the spectre of long COVID — a constellation of sometimes debilitating symptoms that can linger for months after even a mild bout of COVID-19 — is enough for many paediatricians to urge vaccination as quickly as possible. “I spent the pandemic taking care of kids in a children’s hospital,” says Adam Ratner, a paediatric infectious disease specialist at New York University. “We saw not as many as in the adult side, but plenty of children who were quite ill.”

Vaccine advisers in the United Kingdom, however, have recommended that only adolescents who are clinically vulnerable, or who live with vulnerable adults, will be vaccinated for the time being. Severe illness, deaths and even long COVID are rare among healthy adolescents and children, and nearly all vulnerable adults will have soon received two vaccine doses, University of Bristol paediatrician Adam Finn told reporters at a media briefing.

But in some countries, still little is known about how COVID affects children. Some official tallies of hospitalizations and deaths due to COVID in sub-Saharan Africa, for example, do not break down the cases by age. As a result, paediatricians don’t know which deaths were in children and young people, and how outcomes of COVID might be affected by conditions such as malnutrition, or concurrent tuberculosis or HIV infection. “We are feeling in the dark,” says Nadia Sam-Agudu, a paediatrician with the University of Maryland School of Medicine in Baltimore who works in Nigeria.

In addition, some paediatricians are concerned about what will happen to children who are co-infected with SARS-CoV-2 and other common viruses, such as respiratory syncytial virus, which is one of the causes of the common cold but can sometimes cause more severe breathing illness in young children. Strict lockdowns have kept this problem at bay in some regions, but as social distancing measures are eased, there are already signs that respiratory syncytial virus infections in children are rising, says Danilo Buonsenso, a paediatrician at the Gemelli University Hospital in Rome. “We don’t know yet what will be the burden of co-infections in children when we have a massive circulation of routine viruses and COVID,” he says.

A handful of vaccines have been tested in young people over the age of 12, including mRNA vaccines made by Moderna and Pfizer–BioNTech, and two Chinese vaccines made by Sinovac and Sinopharm. And several countries, including the United States, Israel and China, are now offering vaccines to this age group. Other studies are expected to report results in young people over the age of 12 soon, including studies on the Zydus Cadila vaccine and the Covaxin inactivated coronavirus vaccine, both made in India.

Thus far, the vaccines seem to be safe in adolescents, and some companies have moved on to carrying out clinical trials in children as young as 6 months old. In the United States, vaccines for those under 12 might be available later this year, says paediatrician Andrea Shane at Emory University in Atlanta, Georgia.

A potential link between the Pfizer vaccine and heart inflammation — conditions called myocarditis and pericarditis — has emerged since Israel and the United States began vaccinating young people. However, researchers have yet to establish that the vaccine caused the inflammation. Most of those affected have recovered, and the data suggest that the risk of these conditions is “extremely low”, says paediatrician David Pace at the University of Malta in Msida — on the order of about 67 cases per million second doses in adolescent males aged 12–17, and 9 per million in adolescent females in the same age group.

How will vaccinating children and young people affect the pandemic?

Malta has fully vaccinated 80% of its population — one of the highest vaccination rates in the world — and is now also vaccinating adolescents over the age of 12. There, the decision to vaccinate young people was shaped, among other factors, by the close-knit family structures in a country where adolescents often have frequent contact with their grandparents, says Pace. “On a population level, vaccinated adolescents may result in a reduction in transmission to vulnerable older people,” he says. Young people in Malta also often travel abroad for school, potentially importing coronavirus infections and variants from abroad, he adds.

Data show that children and particularly adolescents can play a significant part in coronavirus transmission, says Catherine Bennett, an epidemiologist at Deakin University in Melbourne, Australia. And concerns about transmission by children and adolescents are growing as new coronavirus variants emerge. It’s possible that more-transmissible variants will develop a way to push through whatever it is in a young person’s immune response that makes them more resistant to infection, says Bennett, making it all the more important that they are vaccinated.

Hopes of achieving herd immunity through immunization have waned, so countries need to do the best that they can to keep transmission low, she adds: “You only need one poorly vaccinated population to generate global variants.”

Chile, another country with one of the highest COVID vaccination rates in the world, is also rolling out vaccines to those aged 12 and older.

But Miguel O’Ryan, a former member of two advisory committees to the government there who has pushed for aggressive vaccination campaigns, now finds himself wondering whether it’s time to slow down. “Probably countries should not move forward with paediatric vaccinations so fast,” says O’Ryan, who is a paediatric infectious disease specialist at the University of Chile in Santiago. “Other countries, even our neighbours, are struggling very hard to get enough vaccines for their high-risk groups.”

O’Ryan is not the only one concerned about using valuable vaccines to inoculate children, when more vulnerable populations around the world are still struggling to secure supplies. In May, World Health Organization chief Tedros Adhanom Ghebreyesus said that wealthier countries that are vaccinating children are doing so at the expense of health-care workers and high-risk groups in other countries. But advocates for vaccinating children and young adults argue that it need not be a case of one or the other. “This is sort-of a false dichotomy,” says Ratner. Sam-Agudu agrees, pointing out that some wealthy countries bought more than enough doses to fully vaccinate their populations. “The argument for sending vaccines outside the country should not preclude vaccinating children in higher-income countries,” she says.

And there are other steps that could be taken to improve the supply of vaccines to needy countries, says Bennett. More could be done to better target donations, she notes. For example, rather than allocating donated vaccine doses to countries based solely on how many people live there, they could be distributed based on other factors, such as the need to preserve health-care services in the face of an oncoming malaria season, or ongoing measles outbreak. “We probably still haven’t had the deep epidemiological war room that we need to map out the problem and the best way to address it,” she says. “There’s a whole range of ways you could look at this.”

This article is reproduced with permission and was first published on July 20 2021.